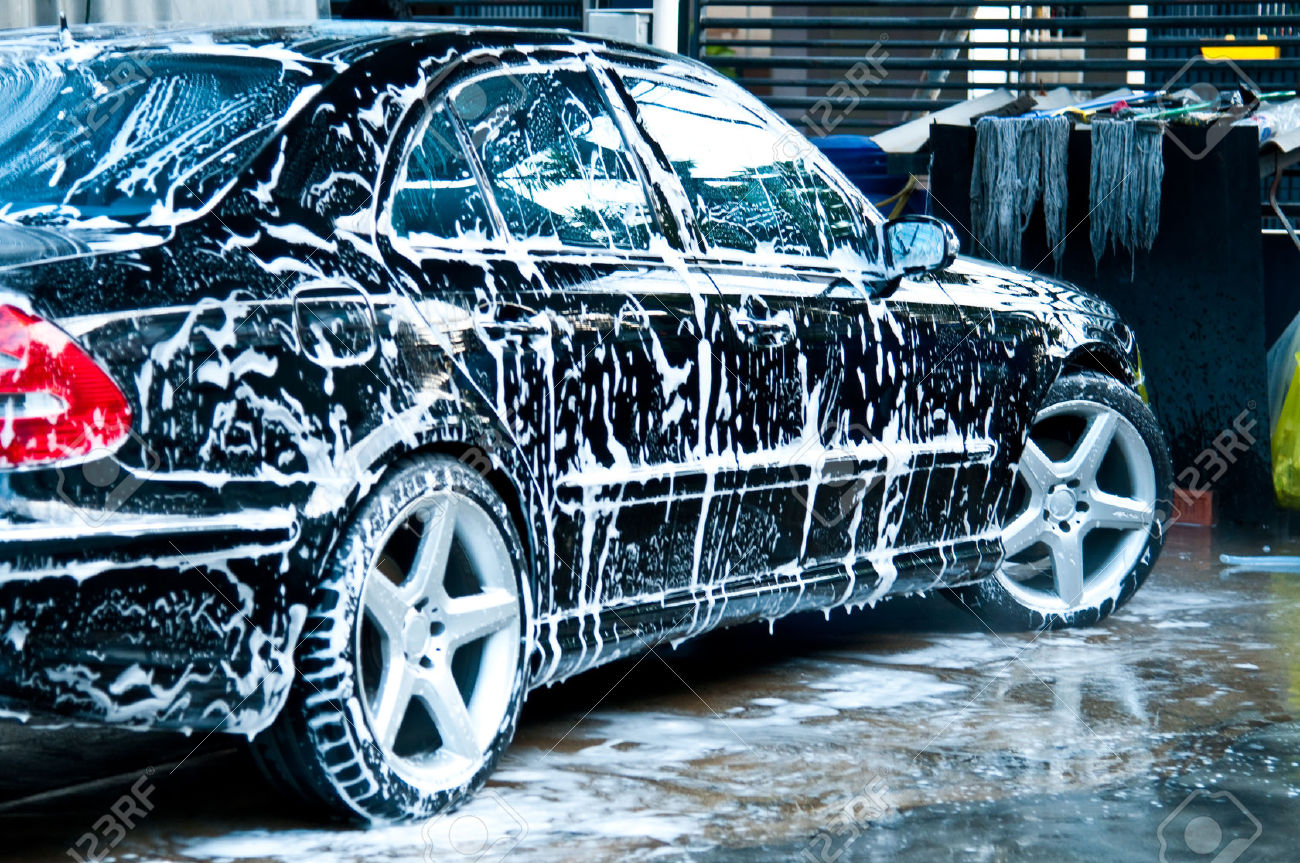 Business-minded people are said to have an eye for business opportunities. Approximately three years down several young people went through an empty area and this site was just what they needed.

Following this eye-opening discovery, the space now a beehive with cars from upper class people coming here for a wash partnering with Destiny Amunyela. Just next to the Eros Airport domestic terminals in Windhoek is where I first met Amunyela on Friday. Their classy Eros Airport Carwash took my breath away with the classy and serene surroundings.

Seven cars were lined up including a G4S company car during our interview. Over the six-month operations, Amunyela identifies the good progress of the business. She and her partners created opportunities while the economy was forcing other businesses to retrench. There are 11 employees here; eight men who wash the cars and three administrators including a cashier.

She also states they commenced operations in February after the Namibia Airports Company issued them a go ahead. They make good strategies with her three partners including vibrant marketing and offering quality services. Desire to introduce a high-class car wash inspired her. People could now watch games on DSTV or grab a snack as they await their cars. She added they offer Wi-Fi and coffee free to their customers.

The round the clock security, cool relaxing atmosphere, professional management and keeping customers entertained makes the place special according to Amunyela. She added they want to enhance professionalism and make the place exclusive and uptown. She recognizes marketing for making them known and bringing them on the national map.
Amunyela showed us peoples positive comments on social media to show how well people respond to them. Which is a result of working as a team. Names labelled on company t-shirts enhance corporate image and as a result Amunyela says they wash between 15 and 20 cars daily. They have also partnered with car hire companies in Windhoek and they charge based on what customers’ requests including full body wash, exterior or interior wash, polishing or engine cleaning.

They also host events and a local bank plans to hold a corporate talk with their customers there where they usually open for 12 hours during weekdays as from 07h30 and 09h30 on weekends.

Amunyela said they want to add the number of services like hairdressing to make the carwash a one-stop center. She added they had noticed that people prefer quiet and peaceful places to do their things. Their success is attributed to the willingness to tackle problems head-on hence they survived the economic recession of 2016 in Namibia. They came up with innovative ideas to withstand it.
They identified the recession was likely to impact less on some of the sectors like theirs since people would always need their cars cleaned. She concluded by painting a car wash business as a viable SME business with a minimal risk of failure to grow.